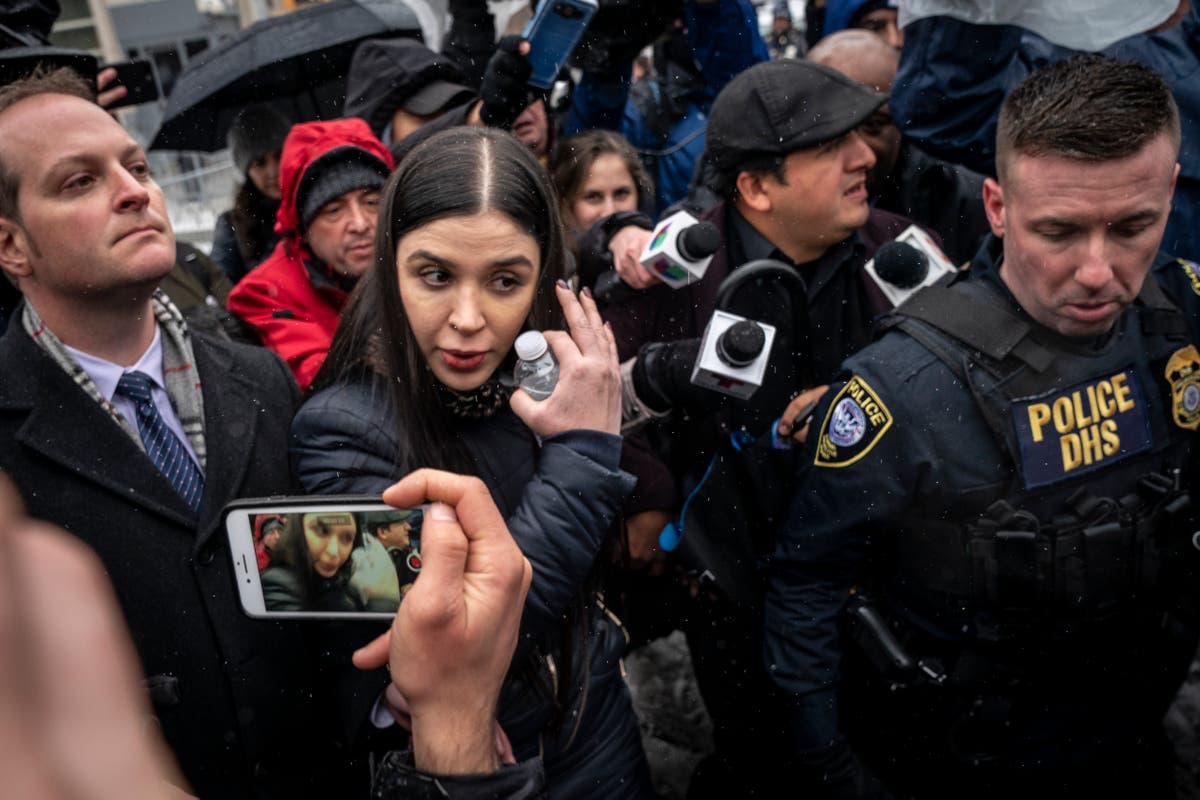 The wife of infamous Mexican drug cartel leader Joaquin “El Chapo” Guzman Loera was arrested on Monday on charges related to international drug trafficking, according to the Department of Justice (DOJ).

She’s charged with participating in a conspiracy to distribute drugs like cocaine, methamphetamine, heroin, and marijuana in the US. She’s also accused of helping plot Mr Guzman Loera’s 2015 escape from a prison in Mexico, as well as helping plan another jailbreak once he was recaptured in 2016.

the document, her father was believed to be a member of the Sinaloa cartel, and both her father and brother have been arrested in Mexico on narcotics and firearms charges.

Ms Aispuro “grew up with knowledge of the narcotics trafficking industry,” the affidavit goes on, and married El Chapo with full knowledge of his line of work when she was a teenager. They have twin daughters together.

She reportedly helped ferry messages between El Chapo and his associates while he sought to avoid capture between 2012 and 2014, and continued to do so once he’d been arrested in February of 2014.

“Regarding Cleto, increase the production so that it yields.,” it reads. “Say hi to Cleto. Tell him to please give me a hand, so that the first sale will be my part … because I have a lot of expenses here.”

The DOJ alleges that more than just acting as a messenger, Ms Aispuro actively helped plan El Chapo’s spectacular escape from the Altiplano prison in Mexico in 2015 through an underground tunnel, along with his sons Ivan, Alfredo, Ovidio, and a cooperating witness who was a former high-ranking associate in the cartel.

“During the meeting, CORONEL, IVAN, ALFREDO, OVIDIO, and Cooperating Witness 1 agreed to organize the construction of an underground tunnel linked to Altiplano in order to facilitate GUZMAN’s escape from prison,” the affidavit reads. “Cooperating Witness 1, CORONEL, IVAN, ALFREDO, and OVIDIO all understood that the purpose of facilitating GUZMAN’s escape was to prevent GUZMAN’s extradition to the United States and to ensure his continued control over the Sinaloa Cartel and its drug trafficking activities.”

Once he was recaptured and put back in Altiplano, Ms Aispuro allegedly then provided the cooperating witness with about $100,000 to facilitate another escape. Later, once El Chapo had been moved to another facility in Ciudad Juarez, Ms Aispuro allegedly told the witness that a Mexican prison official had been bribed with $2 million to get him moved back, so another escape would be possible.

Ms Aispuro attended El Chapo’s trial every day, and was censured by prosecutors for having a cell phone near the courtroom and “unauthorised” and “impermissible” contact with Mr Guzman.