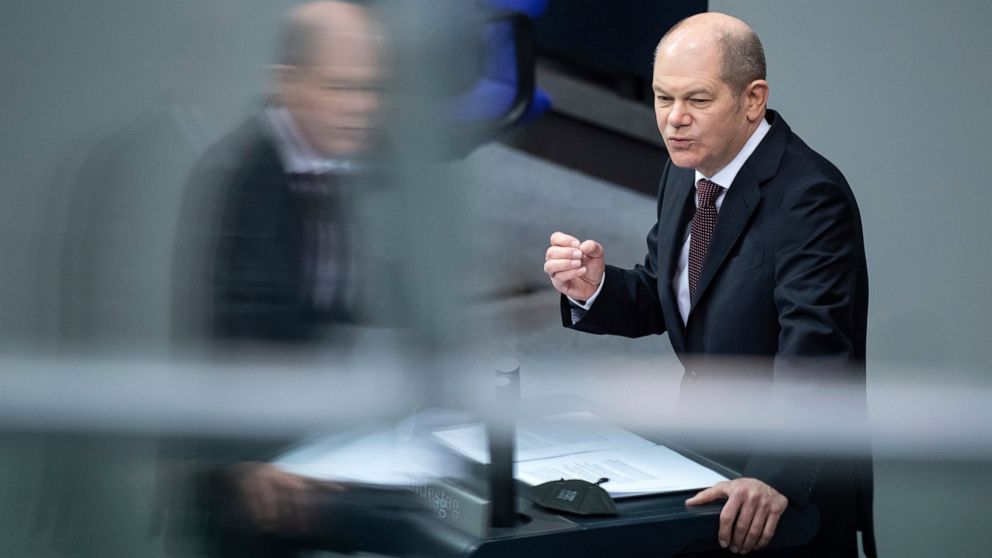 But the party, which has been Merkel’s junior governing partner for 11 of the past 15 years, is stuck at around 16-17% support in polls — far behind Merkel’s Union bloc and a bit behind the environmentalist Greens.

The Social Democrats so far are the only party to pick a candidate for chancellor in the Sept. 26 election — Finance Minister Olaf Scholz, who is also Merkel’s vice chancellor — and on Monday became the first to present a draft election program.

It is distinctly left-leaning, calling for an income tax reform that offers relief to lower- and middle-income earners and places a greater burden on “the top 5%.” It calls for a wealth tax of 1% on people with very large assets.

It calls for a welfare payment system set up by Schroeder’s government and long loathed by left-wingers to be transformed into a new system with payments that are “enough to live on and enable participation in society.”

The program names as the party’s first “mission for the future” a “climate-neutral Germany.” It calls, for example, for income from carbon dioxide pricing to be used to help reduce electricity bills.

And it pledges to introduce a 130 kph (81 mph) speed limit on Germany’s autobahn highways, many stretches of which lack any limits.

“It is a confident program, a program that describes a plan for the ’20s,” Scholz said.

The Social Democrats don’t want a repeat of the current governing coalition, but haven’t specified what partners they would prefer.

Asked whether it would make a three-party left-wing government after the election, currently a long shot, more likely, Scholz replied: “this program makes a government more likely that is oriented toward progress.”