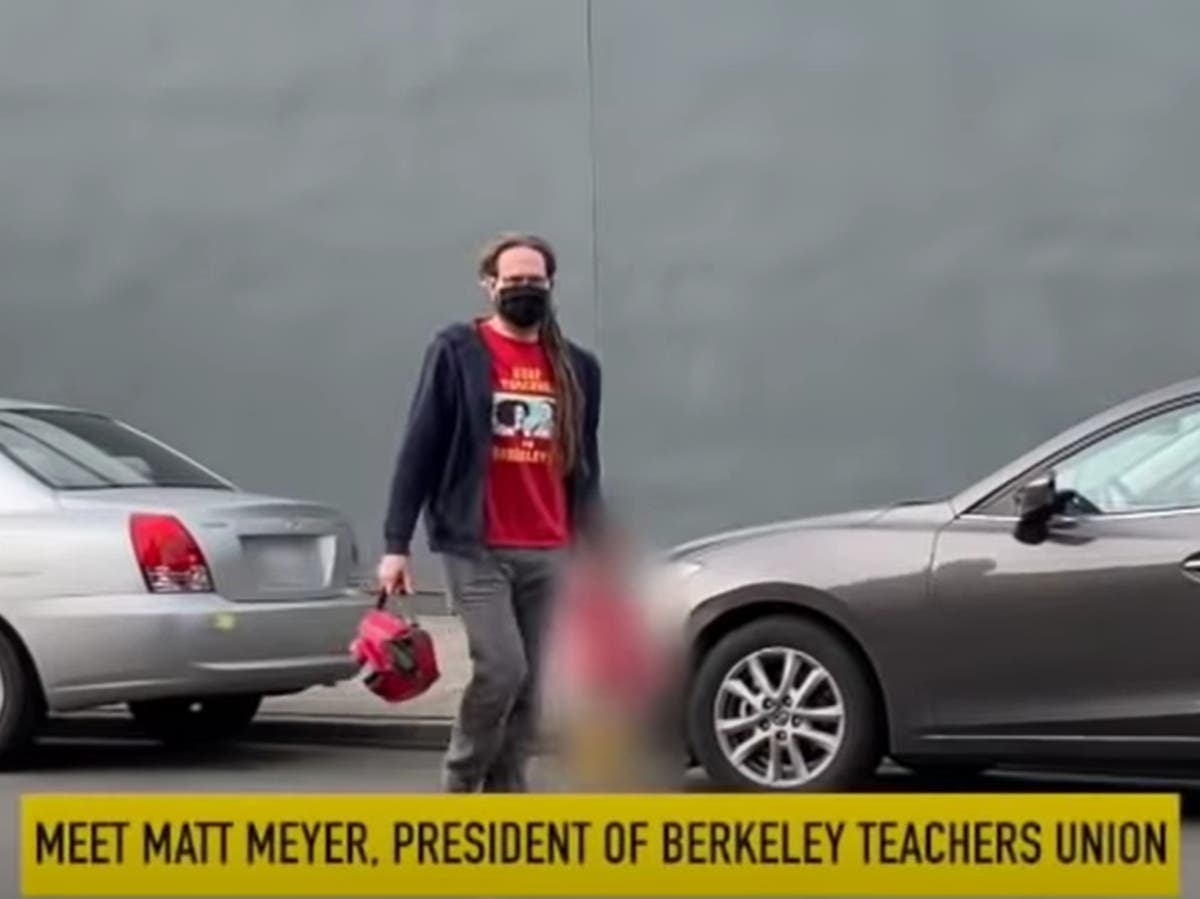 The president of a teacher’s union who fought for schools to remain closed was captured on video dropping his daughter off at an in-person private pre-school.

Matt Meyer, head of the Berkeley Federation of Teachers in California, was filmed with his 2-year-old by a group calling itself “Guerilla Momz”.

The video, which the group says was filmed on 18 February, was cut with extracts of a speech from Mr Meyer during a school board meeting on 20 January.

“Real-life children do not keep their masks on”, Mr Meyer is heard saying in the video, as the group says he blocked the opening of public schools while allowing his own child to attend private preschool since June 2020.

“He takes his child to private school every weekday while blocking Berkeley from opening schools because ‘it is not safe’,” the group says in the video.

Under the plan, the Berkeley Unified School District reached a tentative agreement for preschool through second grade to return on 29 March, with higher grades staggered through to April.

In a statement to The Independent, Mr Meyer confirmed his daughter, whose face was blurred out in the video for privacy reasons, attends private preschool.

“Unfortunately, there are no public options for kids her age,” Mr Meyer said.

“There are significant differences in running a small preschool and running a public school district of almost 9,500 students in terms of size, facilities, public health guidance and services that legally have to be provided.”

He said that the Berkeley Unified School District would reopen soon once risk mitigation practices in place.

“We all want a safe return to school,” he said. “We already have many of our most vulnerable students being served in-person and elementary schools will begin a phased reopening later this month.”

“For me, you don’t need to attack people personally, you need to address it politically. When you start getting personal, you mix up dimensions, and you don’t get to discuss the real thing,” Ms Kolesas told the outlet.

“Here, the real thing is [Meyer] put fear before science, and the right of teachers before the right of kids. That’s the issue,” she added.

A Double Killing in Florida. An American On The Run In Ukraine.

Prince Philip, The Husband Of Queen Elizabeth II, Has Died At 99

Her babies taken, this Indigenous woman died alone in a police cell — the victim of a problem Australia can’t seem to fix