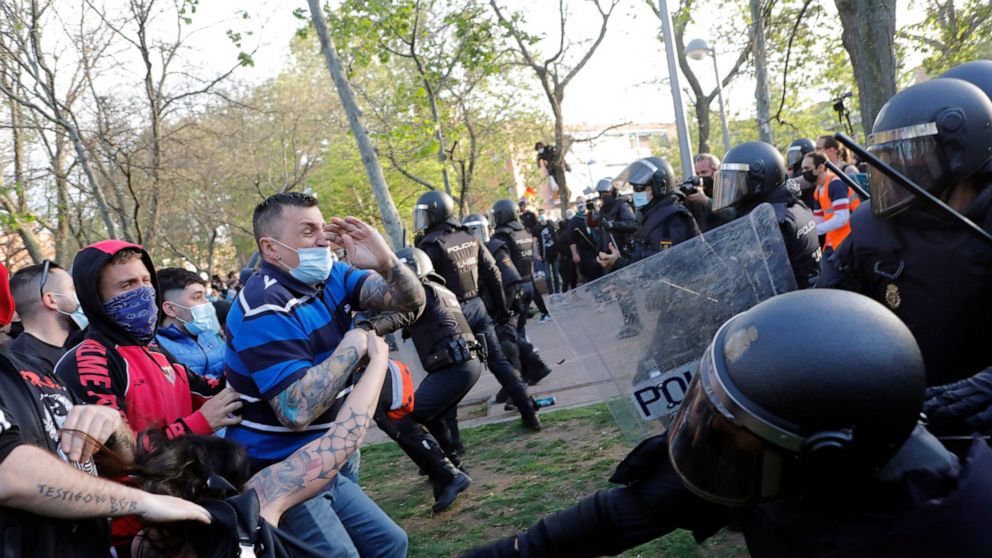 MADRID — Spanish police used batons on Wednesday to prevent protesters from clashing with supporters of the far-right Vox party, which chose to hold a campaign rally in a traditional left-wing Madrid district.

Scuffles started when the national leader of Vox, Santiago Abascal, approached a crowd gathered to protest the party rally in the working-class Vallecas neighborhood.

Riot police charged several hundred protesters to keep them away from Abascal and other members of his party, that’s campaigning ahead of the May 4 regional elections in the area that includes the Spanish capital.

Vox is hoping to get enough support to prove key to the conservative Popular Party staying in power in the powerful region.

Vox erupted into Spain’s national parliament in 2019. Its 52 parliament members makes it the third-largest party in the 350-seat legislature. It has also gained ground in several regional legislatures.

The party supports rolling back the devolution of power to Spain’s regional governments. It blasts unauthorized immigration and feminists, and wants to roll back gender violence laws.