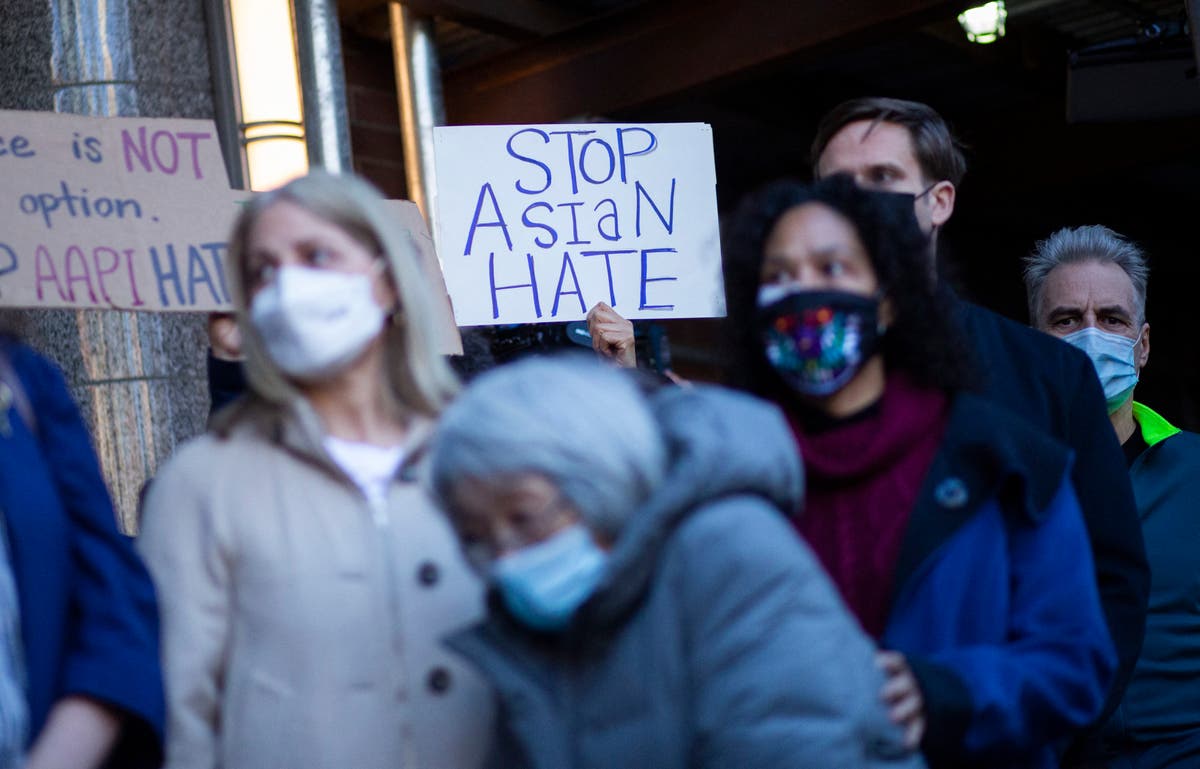 The New York Police Department’s (NYPD) Hate Crimes Task Force has launched a manhunt for the person who attacked an Asian woman with a hammer in Times Square on Sunday.

The attack unfolded around 8:40pm when then a 31-year-old recent FIT graduate was walking with a friend on the subway when the attacker approached them and asked them to remove a mask from their face.

According to police, the suspect then hit the victim with a hammer on the left side of the face, causing a laceration.

The task force also shared footage of the attack on Twitter, during which several bystanders can be seen nearby.

The victim, identified only by her first name, Theresa, told ABC7 she was shaken up and traumatised by the assault.

“She was talking to herself, like talking to a wall, I thought maybe she was drunk or something, so we just wanted to pass through her quickly and when I passed through her, she saw us and said ‘Take off your f***ing mask,’ which is shocking,” she told the outlet. “Suddenly I felt my head get hit by something.”

Theresa suffered a gash in her forehead and was being treated in NYU Langone Hospital.

The attacker fled on foot, reported The Hill.

According to New York Police Department figures released on Monday, hate crimes in the city continue to rise, fuelled by an increase in crimes targeting Asian-Americans.

According to the data, about 180 incidences of hate crimes were recorded between 1 January and 2 May this year, 73 per cent more than the incidences reported last year during the corresponding period, reported the Washington Post.

About 80 Asians were a target of hate crime between 1 January and 4 April this year, a five-fold increase from the corresponding period last year when there were 16 such reported incidents.