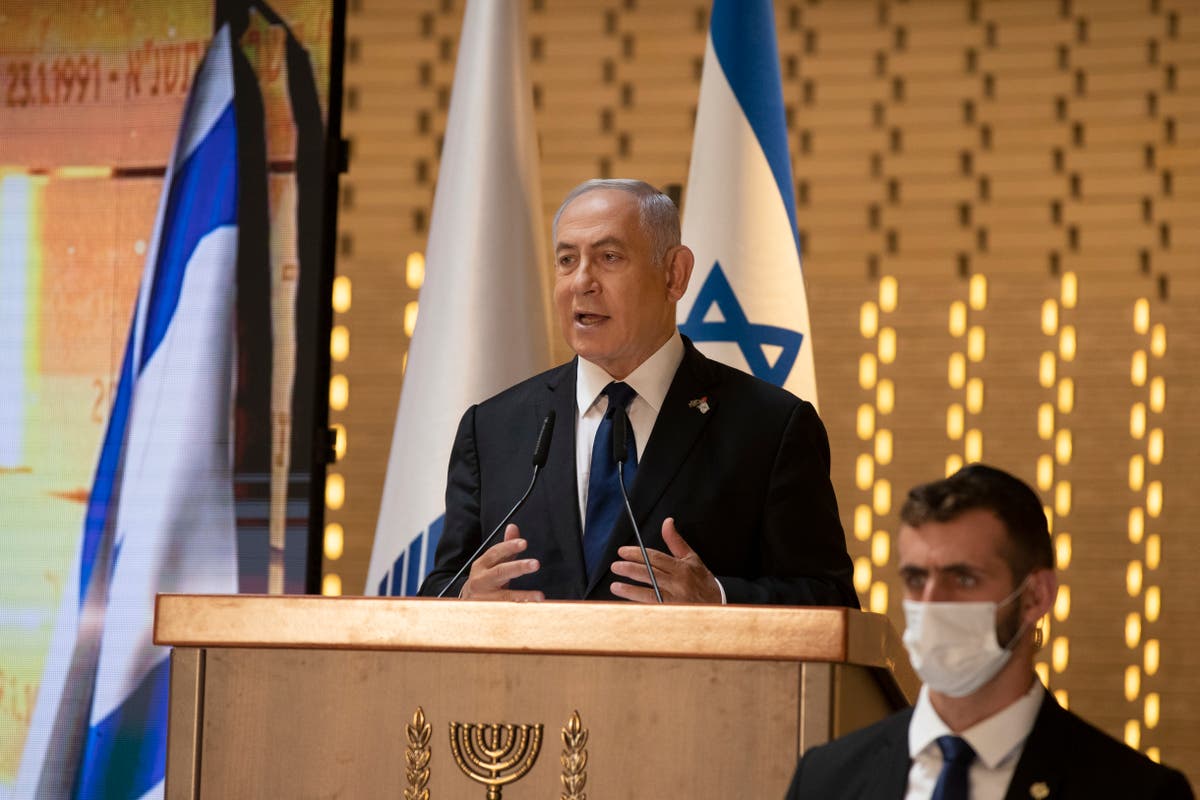 Israeli Prime Minister Benjamin Netanyahu faced a midnight deadline on Tuesday to put together a new coalition government — or be looking at the possibility of leading his Likud party into the opposition for the first time in 12 years.

Netanyahu has struggled to secure a parliamentary majority since March 23 — when elections ended in deadlock for the fourth consecutive time in the past two years. Despite repeated meetings with many of his rivals and unprecedented outreach to the leader of a small Islamist Arab party, Netanyahu has not been able to close a deal during a four-week window.

That window was to expire at midnight, at which point the matter returns to President Reuven Rivlin in the absence of an agreement.

A failure to reach a deal would not immediately push Netanyahu out of office.

Rivlin could give him an additional two weeks to form a coalition. He could give one of Netanyahu’s opponents an opportunity to form a government, or in a final move of desperation, send the matter straight to parliament.

Zionism a far-right party that espouses an openly racist platform, supports Netanyahu but has ruled out serving in a government with the Arab partners he has courted. Yamina, another right-wing party led by a former Netanyahu aide, has refused to commit to either him or his opponents.

On Monday, Netanyahu said he had offered the head of Yamina, Naftali Bennett the chance to share the job of prime minister in a rotation, with Bennett holding the post for the first year.

Bennett responded: “I never asked Netanyahu to be prime minister. I asked to form a government. Unfortunately, he does not have that.”

Looming over Netanyahu has been his ongoing corruption trial. Netanyahu has been charged with fraud, breach of trust and bribery in a series of scandals. The trial has moved into the witness phase, with embarrassing testimony accusing him of trading favors with a powerful media mogul. Netanyahu denies the charges.

In recent days, he has appeared increasingly frustrated, coddling potential partners one day and then lashing out at them with vitriol the next. Last week’s deadly stampede at a religious festival, in which 45 ultra-Orthodox Jews were killed, has only complicated his task by creating an unwelcome diversion and calls for an official investigation into possible negligence on his watch.

Netanyahu’s opponents, meanwhile, have been holding meetings of their own in an effort to cobble together a possible alternative government.

Netanyahu has also suffered a series of embarrassing — and uncharacteristic — defeats in parliament.

Earlier this month his opponents gained control of the powerful Arrangements Committee, which controls the legislative agenda until a new government is formed. Last week, he was forced to abandon his appointment of a crony as the interim justice minister, just before the Supreme Court appeared set to strike down the move.

Despite all of Netanyahu’s vulnerabilities, it remains unclear whether his opponents can form an alternative government. The opposition includes a vast spectrum of parties that have little in common except for their animosity toward Netanyahu.

If Netanyahu fails to put together a coalition by midnight, he will do his utmost to prevent his opponents from reaching an agreement in the coming weeks.

That would keep him in office until the next election, allowing him to battle his corruption charges from the perch of the prime minister’s office and giving him yet another chance to win a new term, along with possible immunity from prosecution.