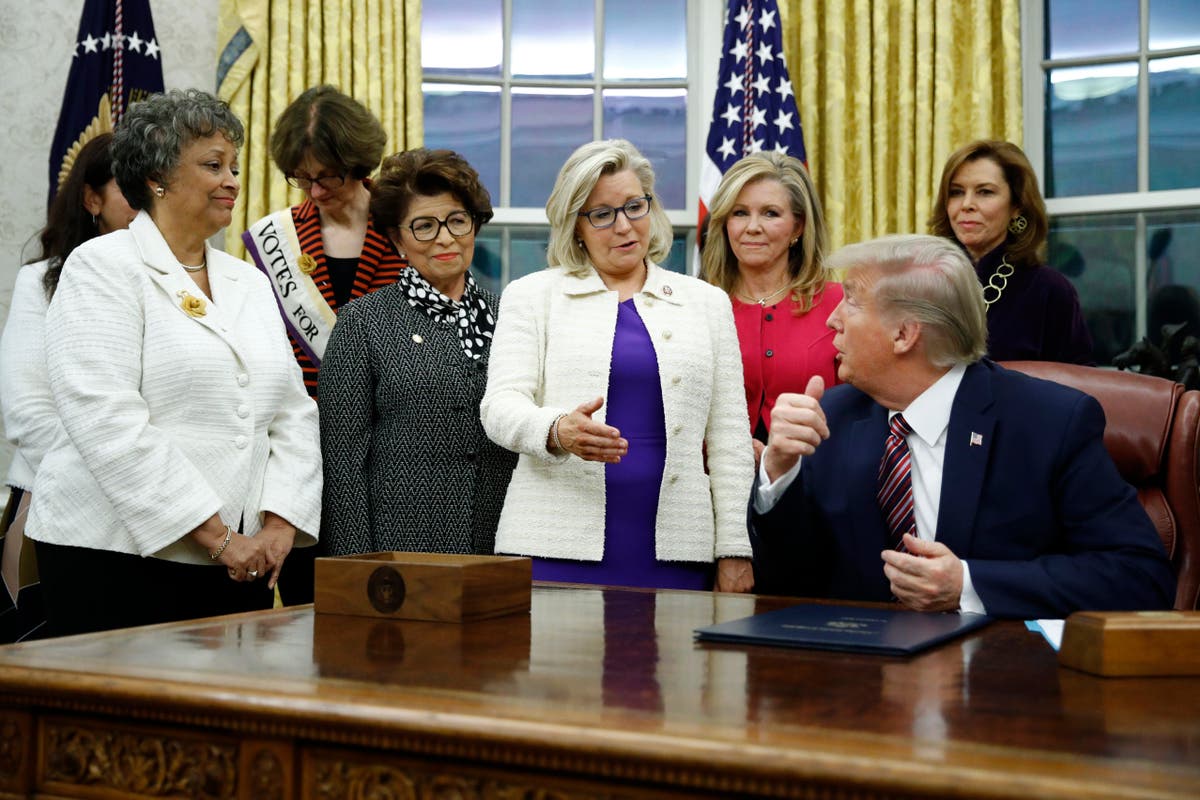 Donald Trump and his supporters are intensifying efforts to shame — and potentially remove — members of their party who are seen as disloyal to the former president and his false claims that last year’s election was stolen from him.

On Capitol Hill Rep. Liz Cheney of Wyoming, the No. 3 Republican in the House, risks losing her leadership post amid her increasingly public dispute with Trump. In Utah, Sen. Mitt Romney a rare Trump foe in the GOP, faced the indignity over the weekend of reminding a booing crowd that he was once their presidential standard-bearer. And in Texas, the only openly anti-Trump Republican in a crowded special election for a congressional seat finished a lowly 9th.

Trump left office nearly four months ago with his reputation badly damaged after a mob of his supporters waged a deadly riot at the U.S. Capitol to prevent the certification of election results. But the recent developments suggest a revival of his political fortunes in which those who refuse to go along with his falsehoods find themselves on the defensive.

“It’s scary,” said Michael Wood, the Texas Republican congressional candidate who based his campaign on a vow to push the GOP past the “cult of personality” that is Trump. In the end, he garnered just 3% of the vote in Saturday’s special election, while two Trump supporters, including one he endorsed, will advance to a runoff.

Trump’s grip on the party may only tighten in coming days.

Kevin McCarthy stood by her earlier this year, but he has declined to defend her from the latest round of attacks as he faces conservatives restive for her removal. That’s a sign of McCarthy’s own calculations as he works to stay close to Trump while also trying to extend a wider tent to help his party win general elections.

While the pro-Trump Republican voices on Capitol Hill far outweigh his party critics, the detractors should not be dismissed.

In all, 10 House Republicans voted to impeach Trump for inspiring the Jan. 6 attack on the Capitol, and seven Senate Republicans voted to convict. Senate Minority Leader Mitch McConnell voted to acquit Trump, but publicly chastised the former president and has privately encouraged the party to move on.

It’s a different calculation for rank-and-file members of Congress, particularly those representing heavily Republican areas, where roughly 8 in 10 party supporters typically approve of Trump. Among party activists and base voters, that number is thought to be much higher.

It’s still too early to draw any definite conclusions about Trump’s success so far this year. Some Republican strategists privately suggest there are real signs that the former president’s strength with rank-and-file voters and elected officials has begun to wane.

“He becomes less relevant with every passing day, but among those who still listen to him he’s more relevant than ever,” said veteran Republican pollster Frank Luntz. “He still matters. He’s going to matter for months and even years, but as time goes on he’ll matter less and less.”

For now, the former reality TV celebrity seems to be enjoying the ride.

“So nice to see RINO Mitt Romney booed off the stage at the Utah Republican State Convention,” Trump crowed in a series of celebratory statements Monday lauding the Texas results and criticism of Cheney and Romney. “RINO” means “Republican in Name Only.”

In Utah over the weekend, a roomful of Republicans had rained boos down on Romney before trying unsuccessfully to censure him for backing Trump’s impeachment.

“Show respect,” the crowd was reprimanded by the state party chair. Romney reminded them that he was a lifetime conservative and their presidential nominee in 2012 — and told them Republicans would only hurt themselves by attacking each other.

“If we divide our party, we’re going to be a losing party,” he said.

He said Monday there’s real urgency for anti-Trump Republicans to unify against him.

“This can’t be just individuals pushing back. We’ve got to organize and show the public you can be a good Republican and not buy into all that BS,” Wood said. “This fight won’t be won with podcasts and op-eds.”

Mike DuHaime, a top Republican strategist, said the party is still grappling with its identity post-Trump, but argued that it will be better positioned going forward if it includes conservatives like Cheney and Romney.

“There are people who are playing to the base of the electorate, which is very passionate and believes the big lie about the election. And it’s enough to win a primary for Congress or Senate or governor, or even president, it seems.” But, he warned, “If we stay focused on only that, it’s not going to be successful enough in the general election to win back the majority.”

“We have to at some point put this behind us if we want to be successful in a general election.”