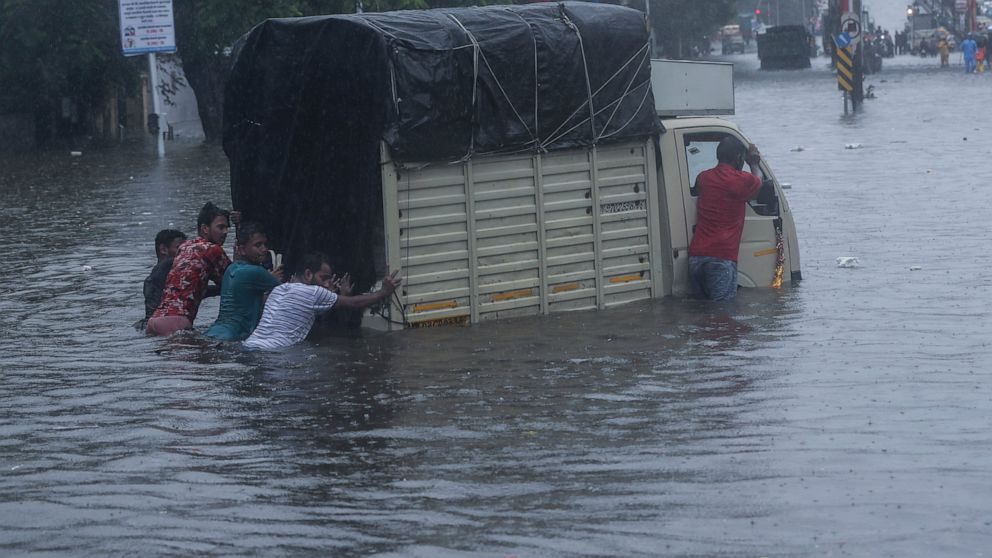 Heavy monsoon rains during the day Wednesday had flooded several parts of the city that is India’s financial and entertainment capital.

The New Delhi Television channel said the building collapsed onto another structure in a slum in the Malad West area of Mumbai.

Residents joined the fire and police officers in rescuing people and they took the seven injured to a hospital in the suburban Kandivali area.

Mumbai recorded 222 millimeters (8 inches) of rain in 12 hours Wednesday. Tidal waves that reached up to 4. 6 meters (13 feet) prevented the rainfall from being drained, and roads, rail tracks and neighborhoods were left waterlogged.

Building collapses are common in India during the June-September monsoon season when heavy rains weaken the foundations of structures that are poorly built.