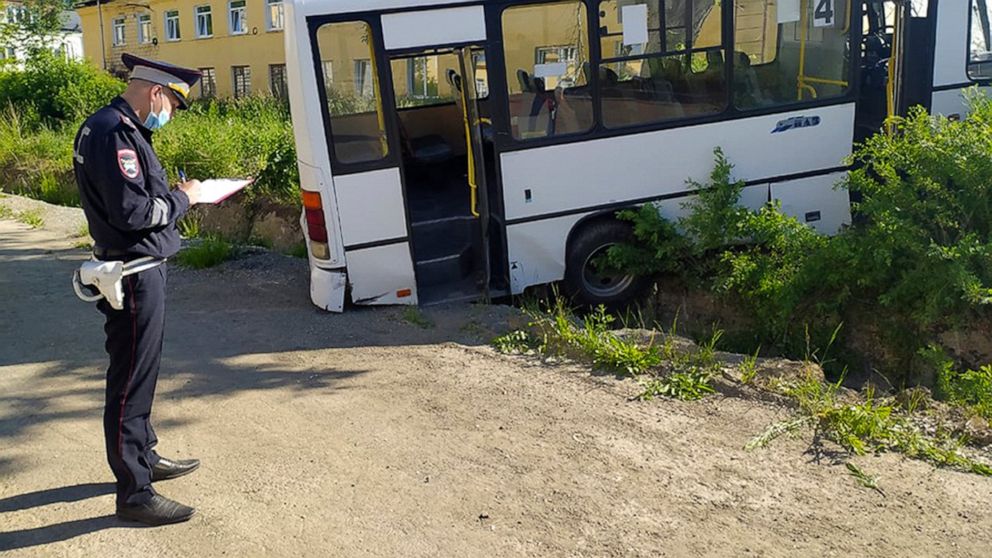 Russian officials say a bus has crashed into a bus stop in the country’s Sverdlovsk region, killing six people and injuring 15 others

The bus was carrying workers to a plant in the town of Lesnoy, about 1,350 kilometers (840 miles) east of Moscow. According to officials, the vehicle’s brakes failed and it rammed through the plant’s gate and ran into people at a bus stop nearby.

A criminal probe has been launched into the crash.