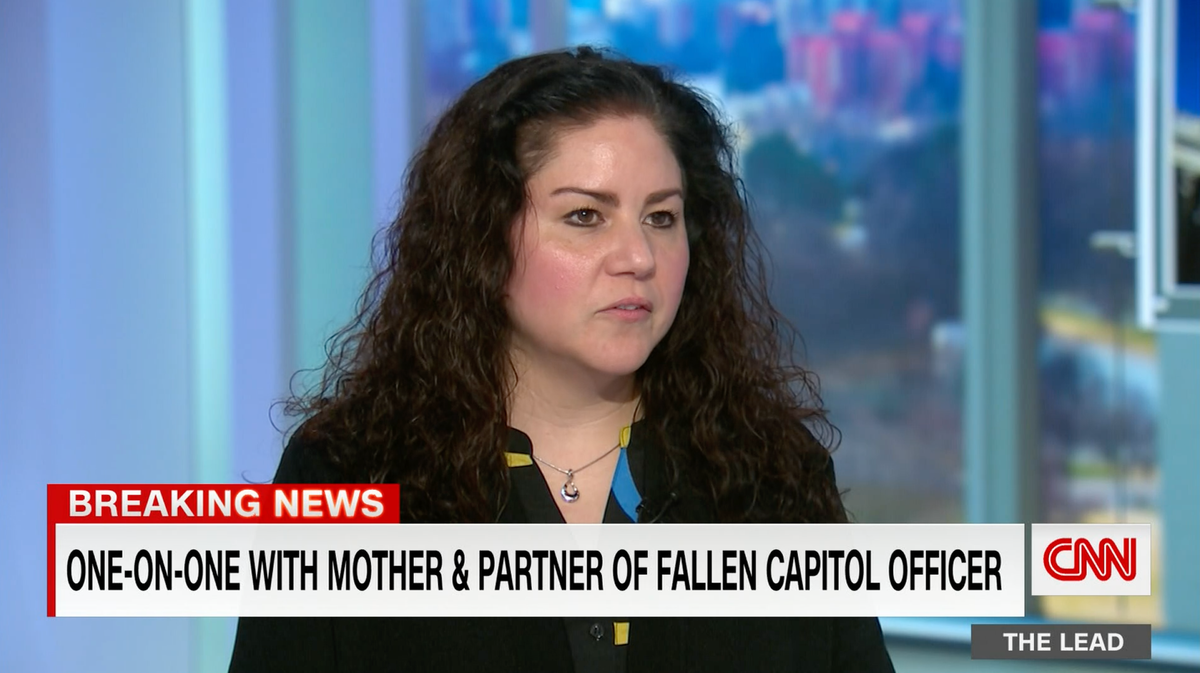 The girlfriend of fallen Capitol Police officer Brian Sicknick is furious at Republicans for blocking a commission to investigate the 6 January attack, she told CNN.

“I think it’s all talk and no action,” Sandra Garza told CNN’s Jake Tapper. “Clearly they’re not backing the blue.”

A bill to establish a bipartisan investigation of the mob attack on the US Capitol, modelled after the 9/11 Commission, failed to pass the Senate after most Republicans voted against it. Officer Brian Sicknick was one of the five people who died after the attack, and his family pleaded with Republicans to vote for the commission.

On Friday, only six GOP senators broke ranks to support the bill, bringing the vote to 54-35 – six votes short of the 60 needed to pass. Of the 35 senators who voted no, all were Republicans.

met with over a dozen Republican senators to try to convince them to vote for the commission. Ms Sicknick believes “maybe” they changed the minds of senators Rob Portman and Bill Cassidy, who both voted yes. But in the end, it wasn’t enough.

“I was disappointed, but I realised that was going to happen,” Ms Sicknick said. “They went through their motions, but you could tell that underneath they were [just] being nice to us.”

Some of those Republicans told them the commission was too partisan for them to support it. Ms Garza rejected that explanation.

“That’s baloney,” she said. “I think they just don’t want to do the right thing.”

The headline of this article was amended on 9 June 2021 from ‘killed in’ to ‘died after’.